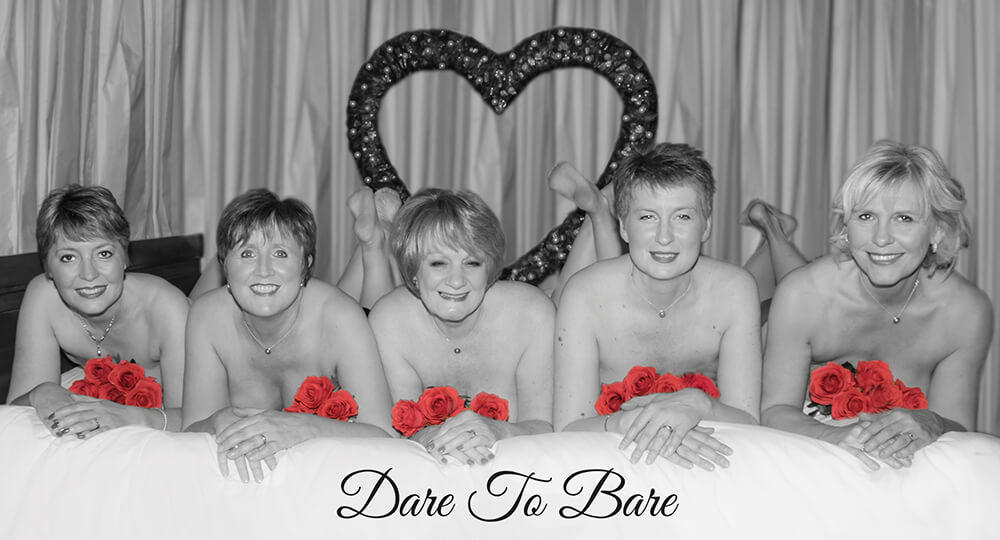 Jayne and Debbie, two of our 2017 Nicola Jane Inspirational Women are part of a group of breast cancer survivor ladies who have created a charity calendar for 2019. All of the money raised will be donated to two different charities (Crazy Hats Breast Cancer Appeal and Cransley Hospice Trust).

We have asked Jayne, Amanda, Debbie, Loraine, Lucy and Nila a few questions about this exciting project:


Why have you created the calendar?

The calendar has come about for a number of reasons: to begin with it’s our way of giving back to two charities, Crazy Hats which helped all of us when we had breast cancer, and Cransley Hospice which cared for our friend Katie and supported her family before she passed away from secondary breast cancer last November; we also want to raise awareness amongst our audience of the importance of self-examination – how to do it and what to look for - and attending mammograms, and last but not least, to enjoy quality, fun time together as a group of friends creating something positive out of our shared cancer experience.


Who is involved in the calendar & how do you know each other?

There are six of us involved, Amanda, Debbie, Jayne, Loraine, Lucy and Nila. We range in age from early 40s to 70 years old, and while Debbie and Lucy already knew each other from school, we all met at the coffee mornings organised by Crazy Hats, one of the charities that the calendar is supporting. 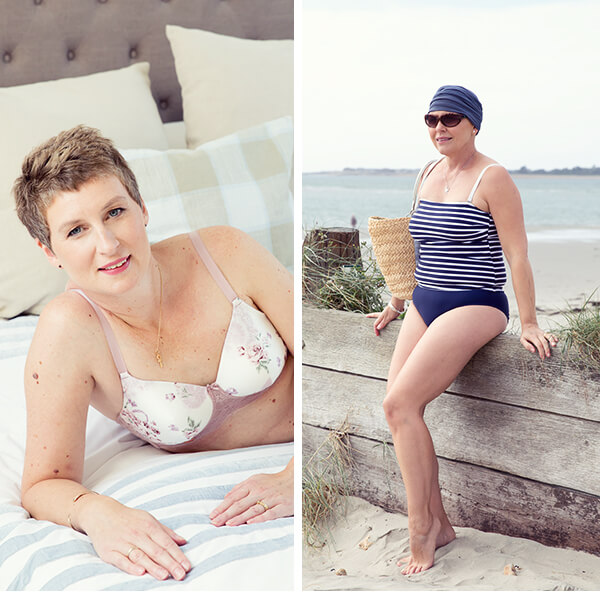 Jayne and Debbie were featured in the 2017 Nicola Jane catalogue

Nila’s sister Reeta has undergone treatment recently and appears in one of the photos, and involving their family in our Diwali-themed photoshoot for October created a great opportunity to show that cancer affects people from all backgrounds. Also, we were delighted that Emma, daughter of our friend Katie who passed away last November, agreed to take part in the May photoshoot.


Tell us about the photoshoot

We spread the photos over three photoshoots and although the build-up was rather nerve-wracking, we had a fantastic time – in fact we spent each day laughing and joking. The majority of photos were taken in a huge room at the Kettering Park Hotel that we used as a studio, where as well as Laura the photographer, we also had a brilliant backroom team made up of Gemma (hairdresser), Lisa (make-up artist) and Jayne’s mum. The other photos were taken over two days on location in the changing room at Northampton Saints rugby ground and Towcester racecourse, followed by Silverstone racetrack and Loraine’s beautiful back garden.

What were your ideas behind choosing the themes?

As to choosing our themes, we simply went through month by month and suggested events or scenarios that seemed to fit, for example a wet and windy day in wellies for January, a garden party for May, a beach theme for August and so on. Then it was just a question of collecting props and outfits to match the theme. One of the ‘props’ was a bespoke silver necklace designed and crafted by Loraine’s daughter Clare which we are wearing in each of the photos, and which will be sold alongside the calendar.


The process of putting it together

When Jayne spoke to us about her idea I don't think we realised what a massive challenge we were taking on. However, although it involved lots of meetings and late nights, it’s also been great fun and an amazing team effort right from the start. We soon realised that between us we had a wealth of skills that we could tap into. We have worked so well together and always agreed on the way forward. One of the most enjoyable nights we had was when trying to decide on a name for ourselves – we were in fits of giggles over some of the suggestions, but finally decided on Dare To Bare. Overall the project has definitely cemented our friendship and we’re already talking about what we might do next!

We’ve managed to raise sufficient money to cover all our production costs through the generous sponsorship of local businesses, both large and small. Added to that our printers have given us a fantastic price, which means that any money we raise from sales of the calendar and necklace will go directly to the charities.

Apart from choosing and editing the photos, there were also the month to view pages to finalise, as well as pages introducing us, the charities, our sponsors and helpers and most importantly the breast awareness information over a double page spread. Luckily our photographer is also a graphic designer so it looks fantastic.


Which is your favourite month?

A big favourite is February, so much so that we’ve decided to use it on the front cover of the calendar. It just seems to show each of us at our best, happy and comfortable with our bodies, and capture the mood of the day it was taken; a fun-filled day spent with good friends. Another very popular one is the garden party image for May which was done in true ‘Calendar Girls’ style in Loraine’s back garden. It’s also very poignant as it features our dear friend Katie’s photo and her daughter, Emma – Katie would have loved being part of the calendar and we’ve dedicated this shot to her.


Tell us about the launch

The launch party for the calendar takes place on Sunday 30th September, on the eve of breast cancer awareness month, at the Kettering Park Hotel, who have been very supportive throughout the project. It’s an open invitation to all our friends, family and supporters. Both charities will be represented and hopefully our financial sponsors too. It’s going to be very exciting – we’ll probably all be a bundle of nerves but everyone is looking forward to it.


How can people purchase it?

The calendar and necklace are available to purchase online via our website (www.daretobarebc.co.uk), through the charities Crazy Hats and Cransley Hospice, and also from stands at various events from October onwards, which will be publicised on our Facebook page. As if that wasn’t enough we’ve also set up a raffle with some fabulous prizes on offer and tickets will be sold at any of the venues we attend, with the draw due to take place in December.
Written By Nicola Jane
Leave your comment
Hide comment form