Amanda is 54, married to her soulmate, lives in Leicester and loves gardening, reading and walking around the countryside. 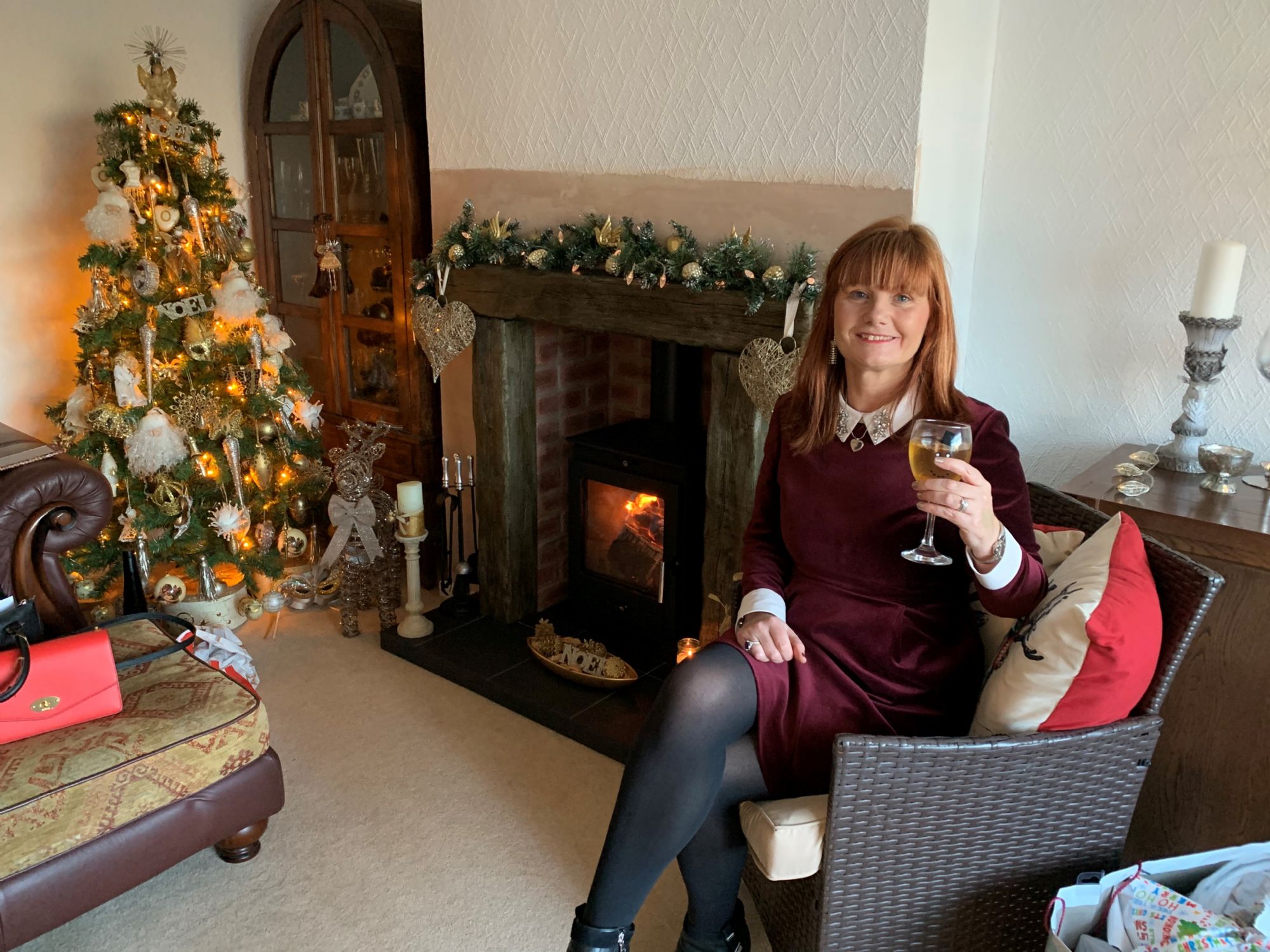 Hi I’m Amanda, I’m 54 years old, l live in Leicester and I’m happily married to my soulmate Wayne who I met when I was 17. I work at a printing company, on the shop floor happily making units to go in shop windows. I come from a family of 10 children, 7 girls and 3 boys, and I’m the eighth, so one of the babies. My hobbies are gardening, reading and walking around the countryside.
I was diagnosed with breast cancer on the 22nd November 2019 at the age of 52, it was just a routine mammogram. When I got the letter to go back, I really thought I’d got a cyst, or I was going through the menopause. I thought it was something related to that, so they told me there and then that they suspected it was cancer. They did the biopsy which confirmed it. I was totally shocked and in disbelief. My husband was with me and he took it worse than me and telling my sisters was awful. We are all so close, but as always they were very supportive.
I had a lumpectomy on the 19th December 2019 at Glenfield Hospital. My operation went well and I was home the same day.
I had an appointment on the 24th January 2020 for a check up. They told me the cancer was bigger than they thought.  They had taken a lymph node out that was infected which meant I would have to have chemotherapy. I was absolutely devastated, I think I took that worse than being diagnosed.  The consultant mentioned they were doing a trial to help women which was called the Posnoc Trial. This means you don’t have to have the rest of your lymph nodes removed. When you have radiotherapy they don’t treat you under the arm. If all lymph nodes are removed, this can cause lymphoedema in so many women. They explained it was risky, but I decided to go ahead and do the trial to help women in the future. I check my breasts, collar bone and neck weekly checking for lumps.
I started chemo on the 5th March 2020 and did the cold cap, as one thing I loved was my bright red hair. Sixteen days later my head felt like it was on fire and sadly all my hair fell out… I never did shave my head.
Chemotherapy is awful and I had a lot of side effects… blood clots in my arm and neck, so had to have injections in my tummy for 6 months. Palmar plantar where my hands and feet blistered, thrush, ulcers in the mouth, dry mouth, body aches and then my finger nails and toe nails dropped off. Infections that left me in hospital meaning my next chemo would be delayed. No one prepared you for all of that. The side effects were never ending.
I finished chemo on the 16th July 2020, they let my husband come in to video me ringing the bell. I rang it so loud and long… the relief of it all!  It was also the first time I got to wear my wig.
To have cancer during the Pandemic was horrendous. I had to go to appointments alone, chemo alone, and wear a mask. So, when I was in the chemo suite I couldn’t really talk to anyone.
Then I had my 15 sessions of radiotherapy, and then medication. They tried me on Anastrozole and Letizole but they really made me ache.  So now I’m on Tamoxifen, because I’d had blood clots. Tamoxifen is known for that, so still today I have to take blood thinners. My hair started to grow back… first grey, then brown and then came the curls. After a year I dyed it red to make me feel like my old self again.
I made a friend. Her name is Angela and I met her through breast cancer and she had gone through it. She was always there at the end of a phone and always helped me. She introduced me to Sue Young Cancer Support where they have a programme called ‘In The Pink’, run by Michelle Scott Worthington. This is where I met other women who had been through the same experiences. It was an 8 week course where you do something different every week from Pilates, drums, belly dancing, Nordic walking. It was amazing and it helped with getting the movement back in my arms and shoulders. The main thing was it gave me back my confidence. Before the cancer I was outgoing and bubbly, but that changed. I’m not back to how I was but I’m getting there. I’ve also learned about secondary cancer which I always worried about. One lady from the group got secondary cancer and sadly passed away at the New Year,  it was just so sad.
So, in August we are doing a charity walk around the Isle of Wight for breast cancer. It’s over 70 miles in 5 days. The walk is with the girls from In The Pink and it’s a challenge, but I’m looking forward to doing it.
My husband is my rock. We have no children so we lived in a little bubble. He is still not over it now. During my treatment he took 7 months off work as he was worried he would catch COVID19 and pass it to me. He took me to hospital but couldn’t come in. He waited in the car park, sometimes up to 5-6 hours. I can never thank him enough.
My future is looking forward to life. Enjoy yourself as you don’t know what’s around the corner. Always be kind as you don’t know what people are going through xx 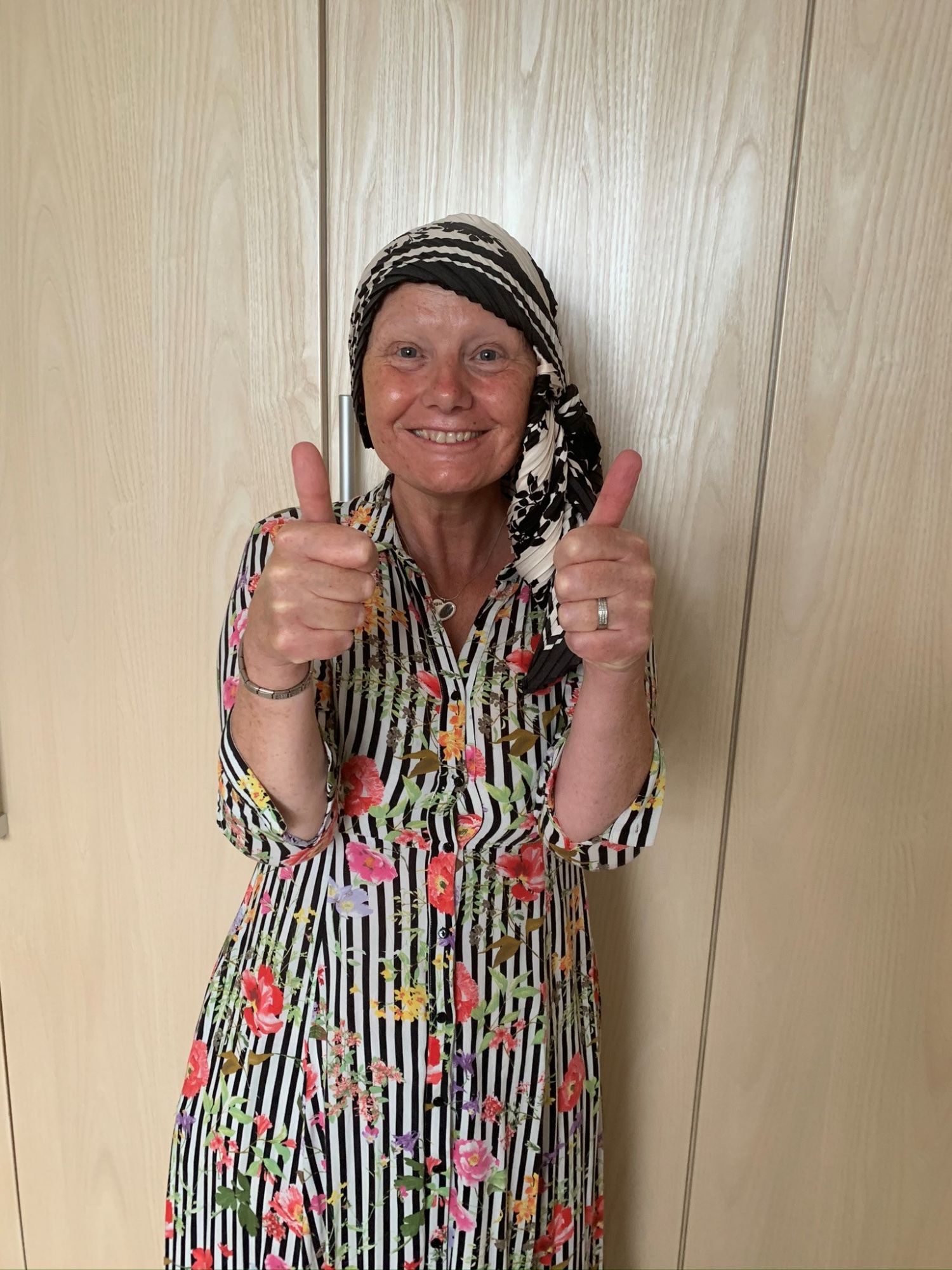 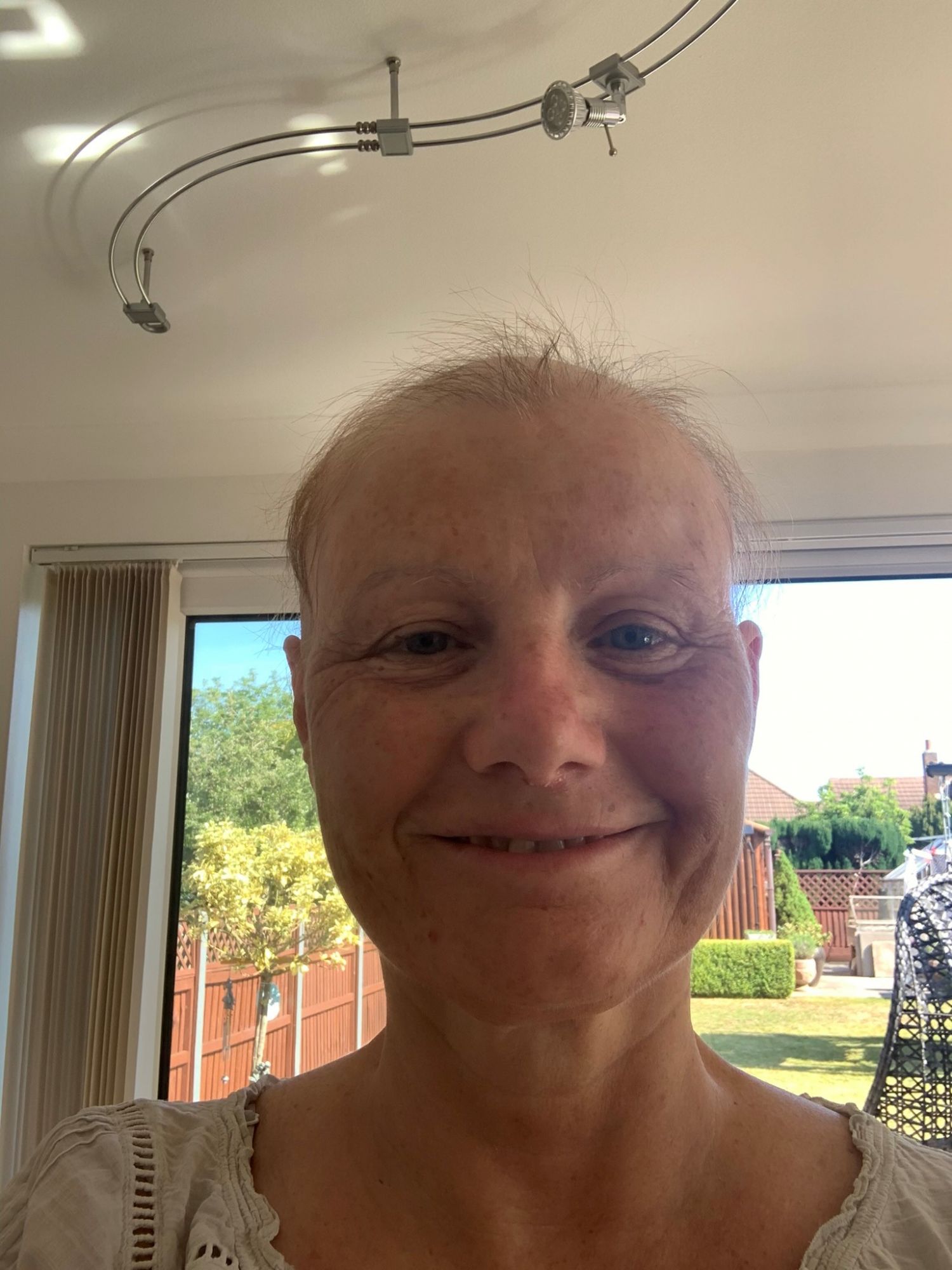 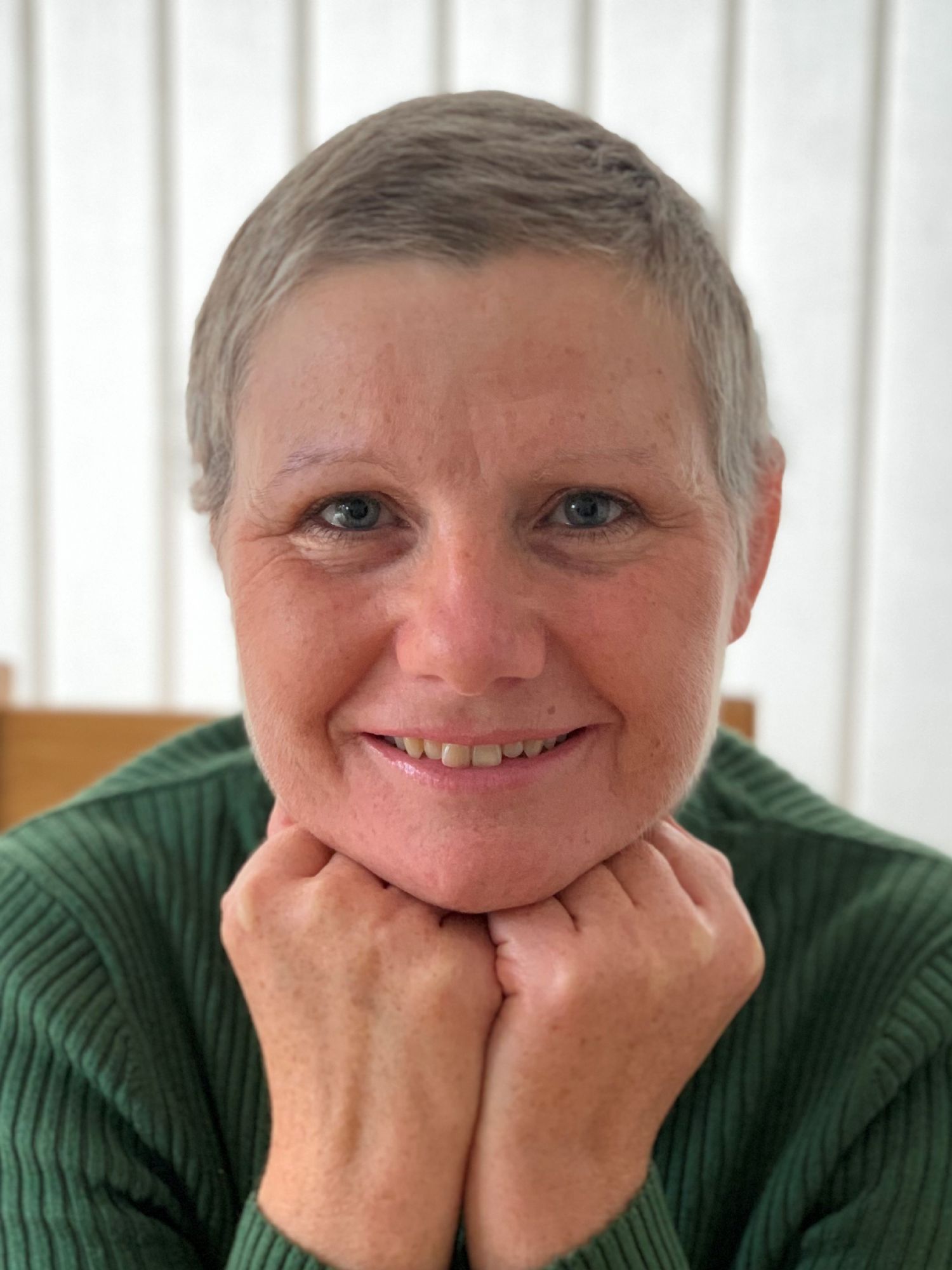 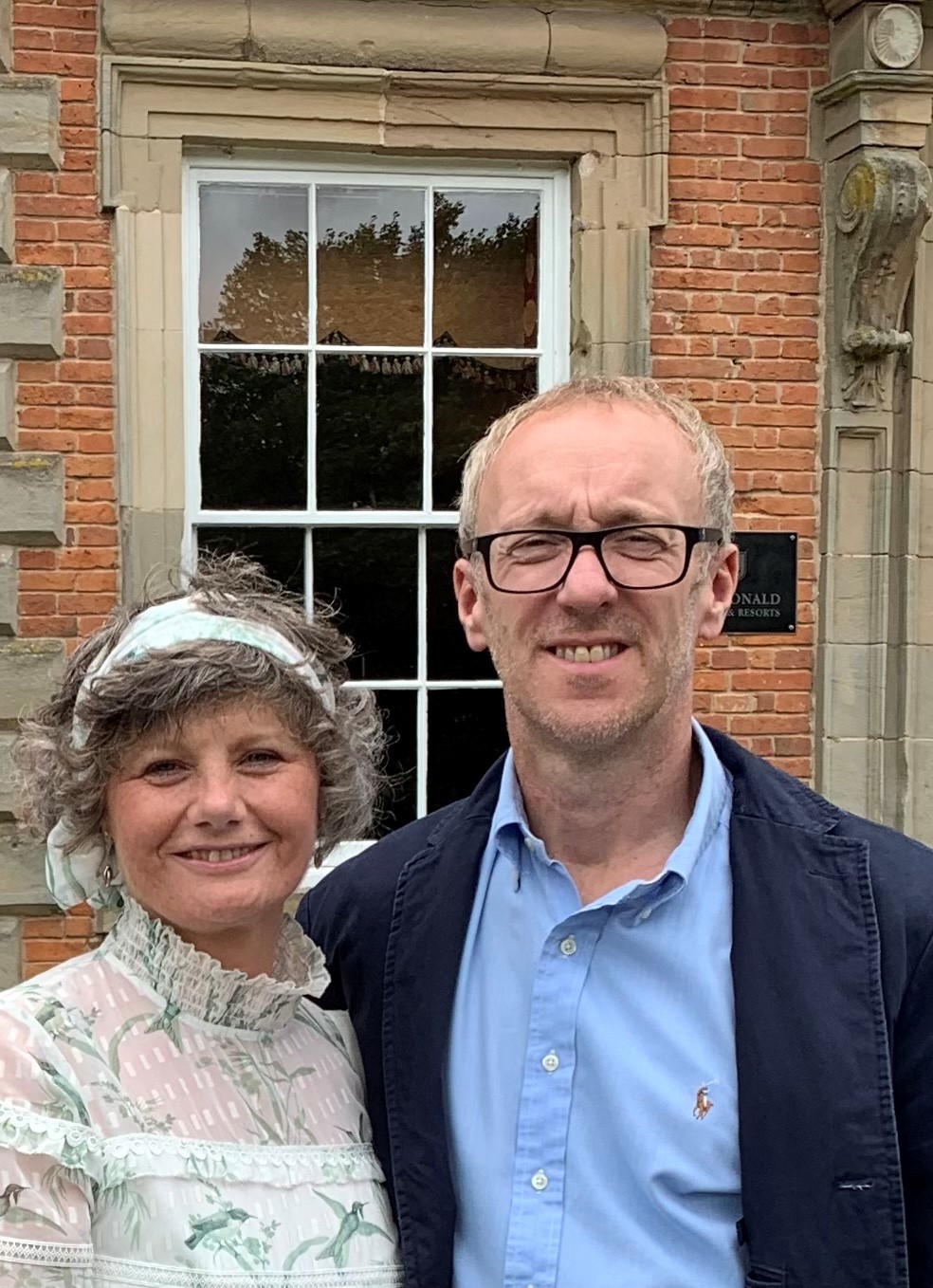