Home > Blog > Thanks to Trinny, I discovered my lump…Read Sarah’s Story

Thanks to Trinny, I discovered my lump…Read Sarah’s Story

Sarah is 50 years old and follows Trinny, who she regards as an inspiration to her. 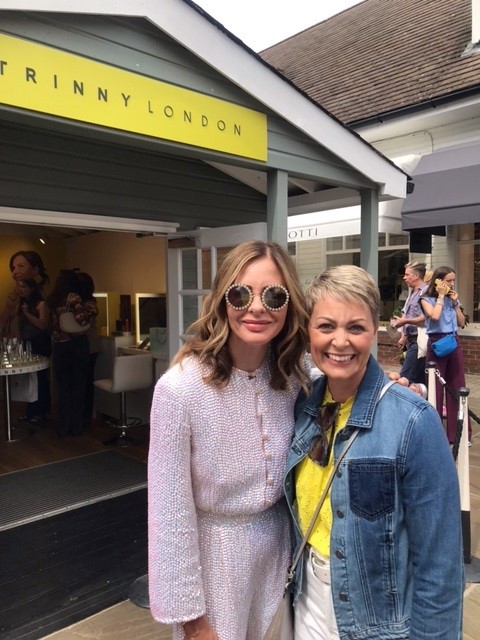 My mum was diagnosed with breast cancer 10 years ago, so I’ve always been vigilant about checking myself, but maybe not quite enough…

In October 2021, I watched a video online with Trinny.  I’ve been a follower of hers for a couple of years.    She inspires women regarding body image, fashion and make-up and supports the Breast Cancer Now charity.

This particular video was of Trinny and a nurse from the charity showing us how to examine ourselves, and I thought I’d have a go.    As the video went on, I felt a lump that I had not felt before.    I casually spoke to my husband, and we were both quite blasé about it.    I made an appointment for the next day with my GP thinking it was probably just a cyst.

The nurse explained they couldn’t confirm whether the lump was cancer. They examine you and refer you to a hospital for further tests.  Obviously, this was a very stressful time as the appointment with oncology could take two weeks.  My husband dropped me off on the day of my appointment, and I had to wait outside due to Covid restrictions.    I was passed from one nurse to X-ray, mammogram, and biopsy.    At this point, I thought, ‘there is something wrong. Although nobody said the words, I think I knew deep down. Finally, after the longest week of my life waiting for my results, it was confirmed.

We were devastated.    My husband took it very badly, thinking the worst.    I tried to be as positive as I could, almost trying to make it easier for everyone close to me. It was just the way I wanted to deal with it.

Telling my mum was heartbreaking, almost reliving her breast cancer and now having to go through it with me. However, she has been a massive support to me throughout my journey.

My nurse assured me it was “just a bump in the road”, which I repeated in my head every day.    However, the bump in the road turned out to be a massive pothole!
I had a lumpectomy on the 10th of December, the day before my 50th birthday.    Unfortunately, the cancer was bigger than they thought, so a 2nd lumpectomy followed on the 21st of January, hoping and praying this would be the end of the nightmare, but unfortunately, it wasn’t.    My consultant called to say. Unfortunately, the margins were unclear, so my only option was a mastectomy.    This was booked for the 4th of March.

I had numerous appointments at the hospital to discuss reconstruction, but there were just too many complications involved, so I opted not to.

I am now out the other side, unfortunately dealing with the symptoms of menopause due to the drugs I have to take for the next ten years. However, every day I feel I’m getting my life back slowly.

Nicola Jane was a godsend after my numerous operations.    I purchased the post-surgery bras, which I have literally lived in. They have since been passed to a dear friend going through her journey.  I’ve been fitted with a prosthesis which fits beautifully in my ‘Lottie’ bras from Nicola Jane.

So many people to thank through my breast cancer journey, you know who you are….

I met one of the ladies only last week.    Trinny was visiting Bicester Village, and I just had to meet her, and she remembered my message, telling her about finding my lump after watching her video. It was very emotional.

Please, ladies, be aware of your bodies.    Any changes, no matter how small, get them checked and don’t ignore anything.

Sending lots of love to all those ladies who have been on this very emotional journey! 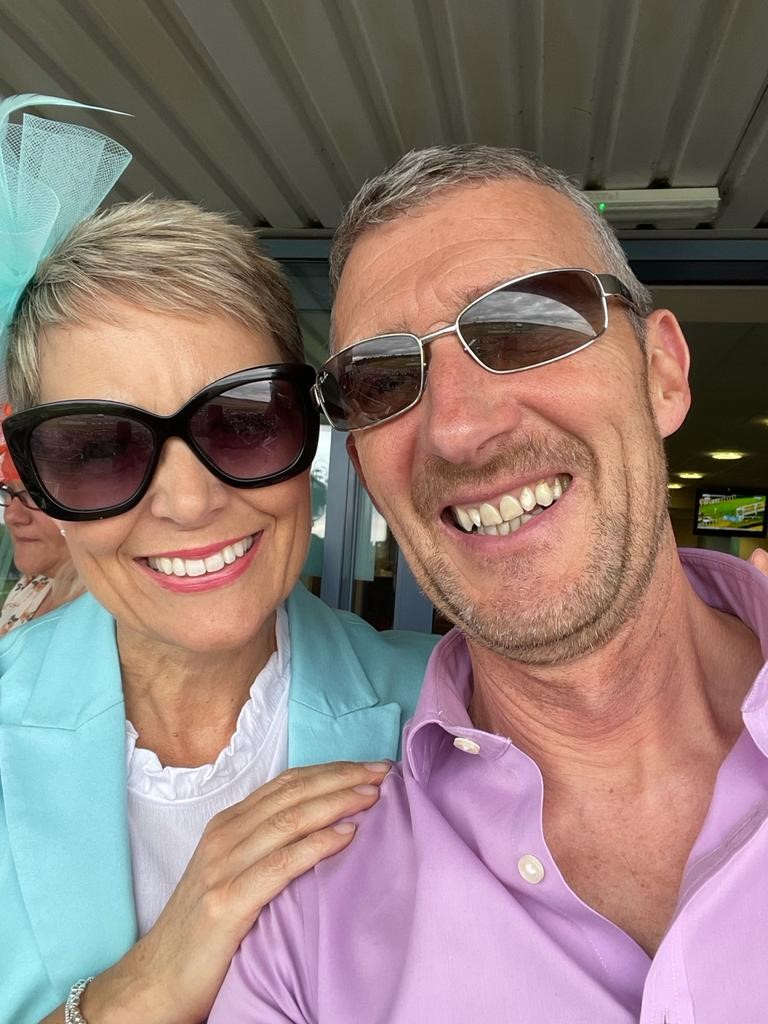 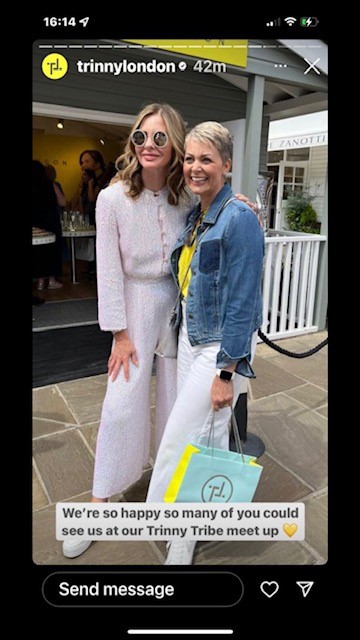 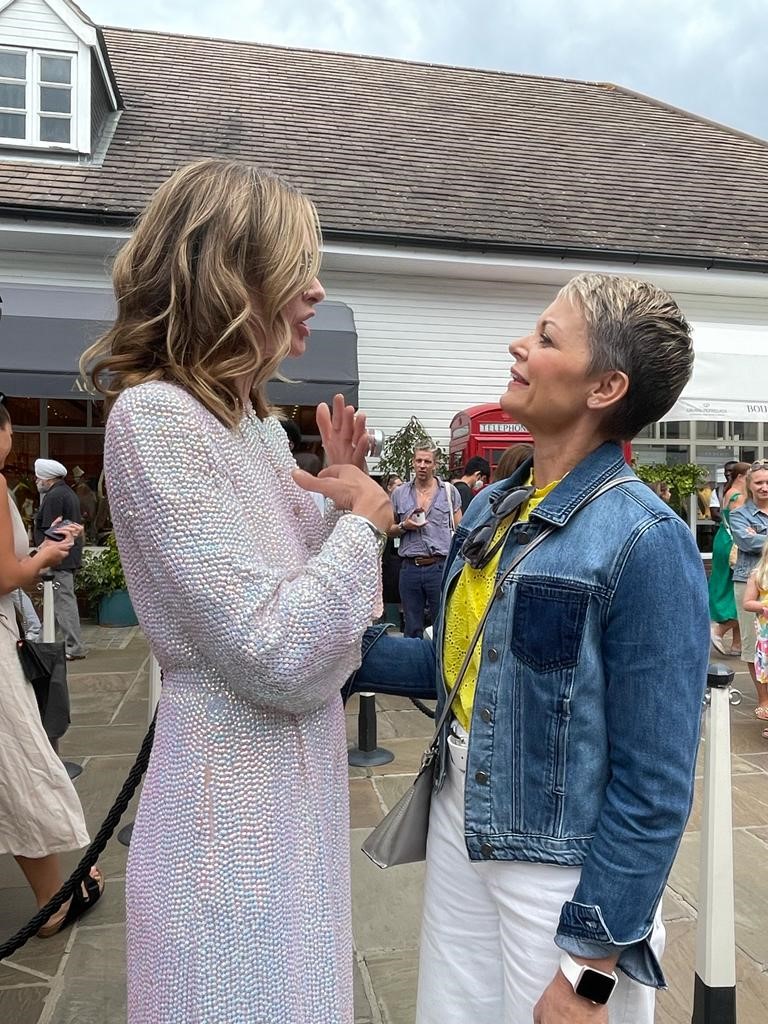 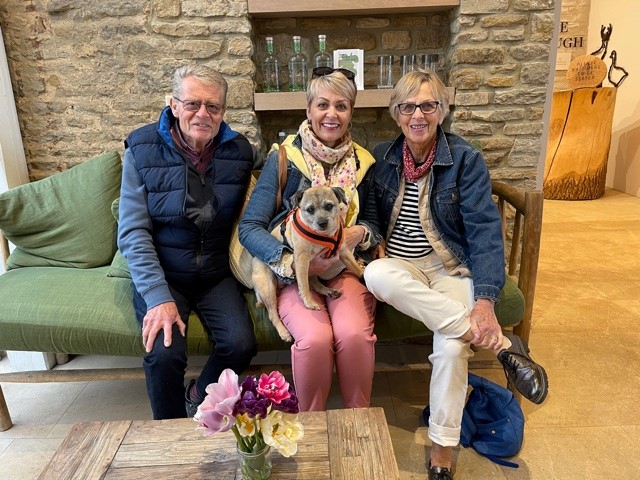 By Maureen Taĺlon11 Aug 2022
Comment
I am Sarah's mother in law and can't express enough how all the family are so proud of Sarah and the way she has coped with this awful problem. So pleased there are organisations like this to give support and encouragement to these lovely ladies.

By Pauline Weller10 Aug 2022
Comment
It’s the worst thing to hear your daughter has been diagnosed with breast cancer - I am so so proud of the way Sarah has dealt with it.
Ism sure there have been difficult days, but she always has a smile & looks great.
Sarah is also a support to me. We now share a special bond.
Nicola Jane underwear is a great help in restoring our confidence.
Sarah’s mum💕
Leave your comment
Hide comment form