Meet Angela, a true superwoman! She has fought through the treatment and has now started ticking off points on her bucket list

Tell us a bit about yourself

I’m Angela Toole celebrating turning 53 and 3 ½ years clear at the end of the month, I live in Carlisle with my Husband and Boxer dog Brooklyn, we have one son who is 28. I love spending time with my family and friends, and I love clothes, shoes & more shoes!

Describe yourself in 3 words

When were you diagnosed with breast cancer?

In December 2014 I started with a chest infection which got worse and worse. After many trips to the doctor I was sent to see a lung specialist who told me I had pleurisy/pneumonia and cracked ribs with coughing so hard. The next day he phoned me to say he had had my scans checked and someone had seen something in my breast. I knew it was cancer and that explained why I was so ill, it was confirmed May 2015 that I had stage 3 Her + breast cancer 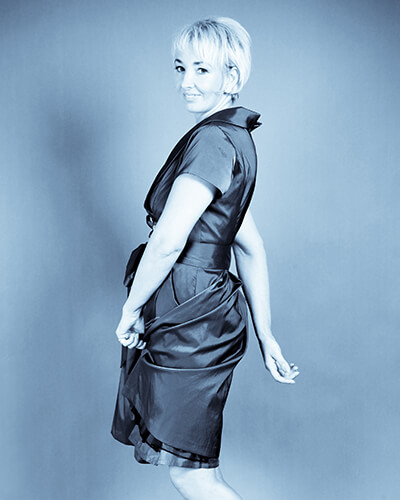 How did you feel when you first found out?

When they told me I felt so lucky which might sound strange but the way it had been found and now I had a chance to fight it. I remember the nurse asking me what I was going to do and I said “first I’m going to have a large drink and then make a plan”, which was to  do it one step at a time. So the first step was the surgery. When I told my husband I said “I have to have a Vasectomy!” then I realised what I had said and we both started laughing. That’s when I knew I would be ok.

What type of treatment/surgery did you have?

I had my left breast and gland removed that June, I then had 6 lots of chemo followed by Herceptin injections, then put on Tamexifen tablets but after a year not coping on them, I was given a hysterectomy which was a great success. I am now on Letrozole for 5 years. After the treatment I asked to have my other breast removed which they did. I now have a set of your lovely breast forms which my dog loves!! So have to hide them in a drawer every night, maybe that’s why they are called CHEST of drawers ha ha. I look back and wonder how did I do all of that! The answer is: By taking one step at a time.

Was there anyone or anything that helped you get through it all?

My family was my rock, I have a fab cousin who would organise lunches on days I was ok with chemo so I had something girly to look forward to. My McMillan nurse was there every step and still is. I was however shocked at people I classed as good friends suddenly disappearing.

What are you looking forward to?

I am looking forward to enjoying the second part of my life & I have now started doing my bucket list.

Never say “why me”! At first put your bra on before you look in the mirror then when you look at it, you just look the same. I wore hats instead of wigs as they give your face definition, so it was not obvious I had no hair and when I got hot flushes they let the air circulate. Remember being feminine has nothing to do with having boobs! I believe it’s a state of mind. And No. 1 never lose your sense of humour that is what will get you to the winning post. When I knew I would have to have chemo I had all my hair shaved off and changed my Facebook photo to Kojak sucking a lollipop saying “who loves ya baby”.

What is your favourite Nicola Jane Bra?